How Vata dosha and autism are linked

According to Ayurveda, our mind-body system directs our health, as our mind is accountable for various actions in the body. Both words are connected and so to explain one’s health concerns; it’s vital to recognize the mind-body type. Ayurveda describes this psychophysiological connection via 3 operating factors known as the Doshas  viz – Vata, Pitta & Kapha.

In this article, we are going to shed light over the Vata dosha; so let’s get started.

“The word Vata suggests to blow or move likes the wind”

It consists of the two elements, ether and air, that are the primary force of motion in the mind and body. If Vata dosha is healthy, body movements are graceful, unrestrained, and yet constrained. And if they lack balance, then the person shows erratic, excessive, blocked or decreases activities. To understand about the Vata dosha, it is vital to know its peculiarities. Vata dosha is light, dry, mobile, cold, hard, rough, sharp, subtle, flowing, and clear. A body and mind in which the Vata dosha dominates expresses or displays these qualities. The division of Vata dosha incorporates processes accountable for cell division and cell signaling, movement at all levels of the physiology, elimination of wastes, and also cognition.

On the other hand, if Vata dosha goes out of balance, it affects the body in a bad manner and simply leads to destructive activities. Its imbalance leads to; Strength disturbances, disturbance in pleasure and in the mind

The mind has a very strong impact on our overall health and well-being. Ayurveda describes health not only as a lack of disease but also as a very holistic level of energy throughout our lives. Let’s see how dosha brain type works with different brain patterns;

Prefrontal executive circuits – The Vata Brain-Type presents a high range of prefrontal functioning heading to the probability of being simply overstimulated. Their complete action is very quick. Learn fast or forget soon. They kind of like multitasking and their quick mind provide them with a side in a creative problem-solving approach.

Reticular activating system – The Vata brain-type shows a high range of arousal levels that lead to a feeling of over-reacting to the world. They also experience trouble sleeping.

Autonomic nervous system – The fight-and-flight response is quickly switched on in Vata brain-types. The Vata brain-type is highly receptive to pain and chilly temperatures. Due to the poor circulation in their limbs, they are cold and since they have high sympathetic activation that decreases peripheral blood flow.

Enteric nervous system – The Vata brain-type manifests a great range of digestive power that lead to an abnormal appetite, infrequent bowel movements, and constant formation of gas. Their body is mostly influenced by eating late at night or overeating. And they are more likely to react to the new foods.

limbic system – the limbic system is extremely sensitive to variations in the environment in Vata brain-types. Their sentiments are highly mutable. Even if over-activated, Vata-brain type shows unnecessary fear and phobias.

In Vata brain-types, the hypothalamus is continually shifting the state of mind and body. They will encounter explosions of activity and rest, and will constantly meal and drink.

The Vata brain-type may point more to impulsivity rather than to sensation-seeking. Impulsivity is acting without thoughtfulness of the outcomes of one’s activities. The Vata brain-type is characterized by the variable response to outside circumstances that would point to bursts in attention, in terms of physical energy, and in autonomic response to circumstances. Vata-brain type is marked as neither as high nor as low sensation-seeker.

“It moves uphill from the navel toward the heart, lungs, throat, and even the brain. “It stimulates the mind and stimulates energy. It has a lot to do with the lungs, the respiratory system, and speech ability.

“It also represents mindfulness, because the heart is the accommodation of mindfulness and genuine love. Vyana Vata distributes all rakta dhatu (blood) everywhere in the body, and it measures the sentiments, nerve impulses, sensory motors, and muscular contraction and relaxation.”

See how the vagus nerve serves as a biomarker for Vata-dosha activity.

It was concluded after several studies that there is a strong relationship between the survival and homeostatic roles of the parasympathetic vagus nerve, and functions directed by its five significant Vata sub-types dosha (Praana, Udana, Vyaana, Samaana, and Apana).

Four analyses were presented to hypothesize that vagal activity is a robust candidate biomarker of essential Vata dosha functions.

Tremors – As stated earlier, that movement is Vata activity, thus increase in its level increased the hands and legs movement or fluid and impulses activity inside the body.

They also become sensitive to cold, which leads to tremors or extreme coldness in winters.

Loss of sleep – As Vata controls the sense organs and mind. So an increase in Vata leads to a rise in the body’s activities, which ultimately cause loss of sleep.

Digestive issues – Three Doshas are somehow related, so fluctuations in any of them can disturb the others too. That’s why Vata increase also aggravates the pitta dosha symptoms such as;

Delusion, Dizziness, Giddiness – Child may perceive delusion, due to the loss of strength of sense organs and mind.

Ptosis– Due to the disorganized movement of nerve signals, they encounter the eyelids drooping.

Cutting pain – Pain is a natural characteristic of Vata. Whenever a disease involves pain, then it clearly signifies Vata Dosha engagement.

Loss of sensation causes cutting like pain in a child, sometimes twisting pain

The roughness of body parts – because dryness is a Vata symptom, high level of dryness directs to roughness.

Feeling of emptiness – Because Vata is formed of ether and air.

Ayurveda holds autism to be a dysfunction of Vata, a Sanskrit term signifying the oneness of the body’s communicative and transportive mechanisms, especially the nervous system. Autism is a neurological disorder, and it’s quite hard for one to understand his or her encompassing environment. Sometimes when they are encountered suddenly, it might feel painful and make them desire to run away from the meeting. They may get quickly disappointed while in the company or when facing some kind of social or ambiguous information. They may seem scared and disoriented and have a problem in communicating.

For this reason – because autistic individuals can neither efficiently separate sensory stimuli nor adjust their responses to it –difficulties in their capacity to concentrate their activities or react proportionately to their surroundings are simple. For the same assortment of reasons, insomnia is usually a difficulty.

Ayurveda recognizes the nature of the human brain in a totally distinctive manner from modern day’s psychiatric and physiological theories.

Ayurveda can make certain proposals about the environment of the autistic individual’s to improve their level of self- and environmental alliance. At Amritha Ayurvedam with Panchakarma therapy, we work to balance the autism symptoms. If your child is having Autism, then you should understand this is not a disease, but it is a set of certain neuro-behavioral and neuro-developmental symptoms that cause behavioral impairments.

With diet modifications and ayurvedic therapies, you will be able to spot improvements in your child’s behavior. To consult with us feel free to contact us at +91 99897 59719, or for more information, you can visit https://www.autismayurvedam.com/

Don’t look further because maybe your child is thriving hard to adjust in the present environment. 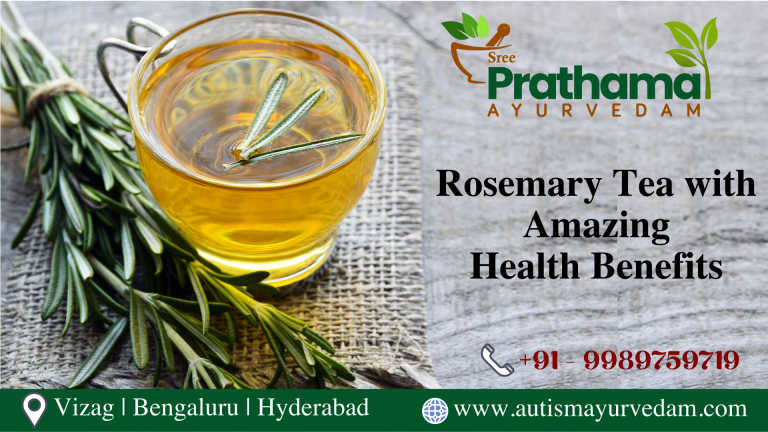 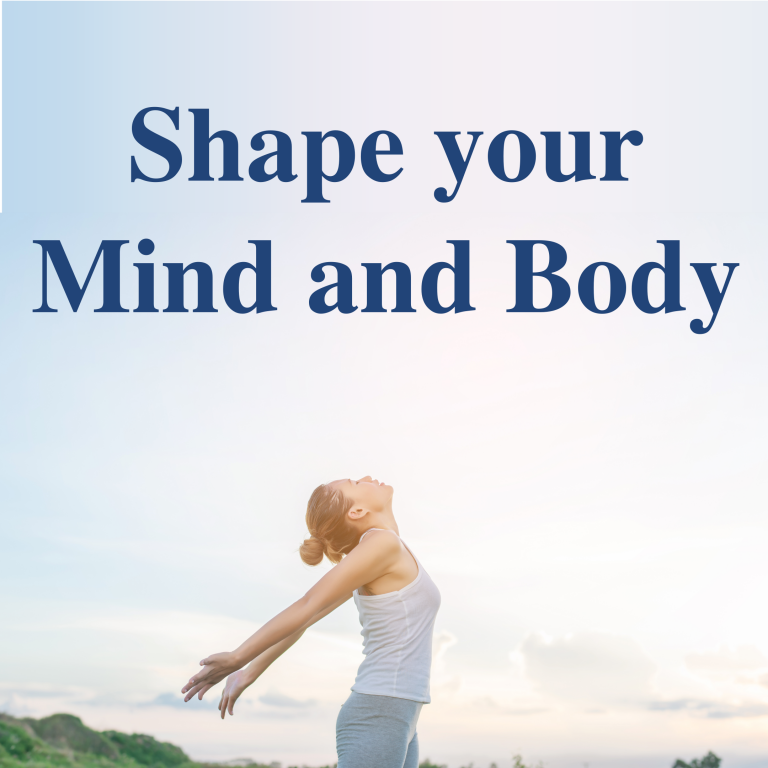 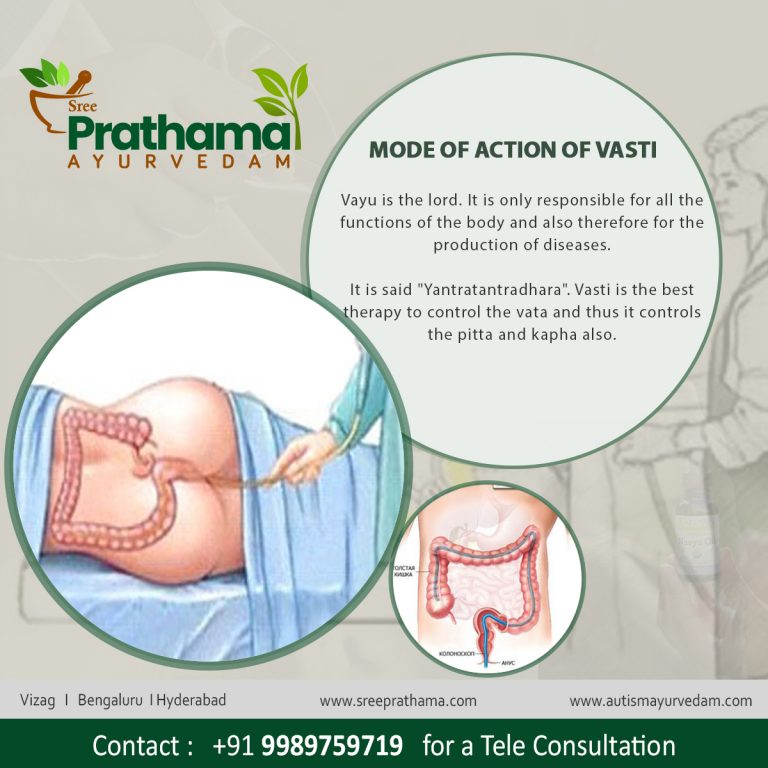