Vasti –An outstanding Treatment For all chronic Diseases!!!

Ayurveda, one of the most ancient systems of medicine of the world believes the human body as the combination of doshas or the basic biological humor, dhatus or the body tissues and malas or the excretory products.

Doshas denote the physiological state of the person and are the basic factors for the maintenance of health.

Any derangement in the doshic level is the main factor for the causation of disease. According to Ayurveda doshas are three in number viz., Vata, Pitta and Kapha and the functions of Vata, Pitta, and Kapha in the body are similar to that of the functions of Air, Sun and Moon of the external universe respectively.

*Vata is the dynamic among the doshas responsible for all types of movements of the body both at micro and macro levels.

*All digestive and metabolic activities of the body are regulated by Pitta.

*The main functions of Kapha are tissue repair, new tissue formation, and all other anabolic activities like maintaining the strength, vigor, and immunity .

The main controlling authority  for other doshas along with dhatus and malas is Vata which is the supreme power to maintain the total body functions and homeostasis. So it is told that Pitta, Kapha, three malas and seven dhatus are considered inert without the dynamic functioning of Vata.

So, all the Ayurvedic classics have given prime importance to Vata in maintaining health and causing disease.

Vasti is considered to be the best Sodhana chikitsa for Vata disorders also given due importance among all therapeutic modalities. Though Vasti is considered as the best treatment for Vata, Sushruta further praised that Vasti is beneficial not only in diseases due to Vata but also in diseases caused by aggravated Pitta, Kapha, Rakta and even in conditions of samsarga (Dual vitiation) and sannipata (triple vitiation) i.e. diseases due to aggravation of more than one dosha.

In the same context, while describing the wide therapeutic use of Vasti, Charaka told that without the derangement of Vata, hardly there can be development of any other disease . It is presumed that Vata is the root cause of all the diseases, because without dynamic involvement of Vata, other doshas are not in position to perform their physiological as well as pathological functions.

So in any diseased condition if control of Vata is achieved, then further treatment becomes easier and this is the reason behind considering Vasti (which is said to be the best treatment of Vata) as the supreme treatment for all diseases .Thus various types of vasti are described even in disease conditions other than the Vata.

As pakvasaya is the prime seat of Vata and Vasti is such type of sodhana therapy in which medicine is delivered directly in to pakvasaya, thus alleviate the vaikarika or morbid Vata from its source. Usually if normalcy of Vata is achieved in its prime site, the Vata prevailed in the rest of the body spontaneously comes to normalcy,as a result the disease process gets subsided.

Charaka while mentioning the karmukata of Vasti, by reaching the nabhipradesha(Umbilicus), kati, parshva and kukshi it expels out the purisha (faeces) and  accumulated doshas after churning them.

On the other hand Sushrutha has clearly mentioned that though Vasti is administered in the pakvashaya, but the active principles of Vasti dravya spreads all over the body through the micro-channels in the same way water reaches to all parts of the plant from its  root and bring all the vitiated doshas to pakvasaya and expel them out along with purisha (faeces) in the same way as the sun through staying thousands of light years away from the earth, evaporates water from the earth surface .

Chakrapani also mentioned the same way while commenting on Charaka Samhita as, when Vasti is administered to a person lying down on left lateral position, due to the presence of grahani and guda on the left side, Vasti dravya can easily reach the Grahani and thereafter spread throughout the body due to the sukshma guna of the Vasti dravyas and exerts its effects on entire  body So, from the wide description of Vasti from the classical texts it can be easily assumed that though administered through the anus just like enema as given in the modern medicine to clean the bowels, the effects of Vasti is not limited locally like that of enema but it has a wide systemic effects.

Neurological functions are regulated by the brain and spinal cord, whereas the functions of Vata are regulated from its prime seat i.e. pakwasaya located below the umbilicus and the best treatment of the Vatavyadhis is Vasti i.e. administration of Vatahara drugs into the pakwasaya through the anal rout. Doubts may arise in the rational mind of modern man that the pathology of any neurological disorder generally lies in either brain or spinal cord or its related areas, whereas Ayurveda strongly believes that it is all due to morbid Vata leading to such disorders and Vata’s main seat is large intestine i.e. pakvashaya.

Now how to understand this head and tail relation. Modern science more relies on a structural understanding of the human body along with functions derived from experimentation’s. Ayurveda relies more on functional aspects of the human body derives its principles from experiences of seers. To bring these visibly divergent facts into unity an integrated approach is needed to be adopted.

Another mechanism of action of Vasti karma is through stimulating the Enteric Nervous System (ENS), which is otherwise known as the ‘Gut-brain’. ENS is a subdivision of the peripheral nervous system that directly controls the gastrointestinal system functions. The ENS is capable of having autonomous functions such as the coordination of reflexes. It receives considerable innervations from the autonomic nervous system and often considered as part of ANS. ENS consists of approximately one hundred million neurons, almost equal to the number of neurons in the spinal cord. The ENS is embedded in the lining of the gastrointestinal tract. The neurons of ENS are collected into two types of ganglia myenteric (Auerbach’s) and submucosal (Meissner’s). The ENS originate from the neural crest cell that colonies the gut in the intrauterine life. It becomes functional in the last third of gestation in human and continues to develop following birth. Enteric neurons also interact with gastrointestinal endocrine signaling system and with the extensive intrinsic immune system of the GIT. The enteric nervous system normally communicates with the central nervous system through the parasympathetic (e.g. via the vagus nerve) and sympathetic (e.g. via the prevertebral ganglia) nervous system. Sensory neurons of the ENS monitor chemical changes within the GIT as well as stretching of its wall. Enteric motor neurons govern contraction of GI tract smooth muscle and activity of GI tract endocrine cells. ENS also makes use of more than thirty neurotransmitters, most of which are identical to the ones found in CNS such as acetylcholine, dopamine, serotonin, etc. The enteric nervous system has the capacity to alter its response depending on factors such as bulk and nutrient composition inside the lumen. Thus Vasti dravyas, when administered through the rectum, may stimulate the sensory system of the ENS due to its chemical composition and pressure effect over the large bowel. As the total nervous system is interrelated so this regular stimulation to the ENS may have some positive effect over the CNS also and in this way the neurological deficits may get corrected.

Other than the local stimulation some drugs may get absorbed through the large bowel mucosa and may enter into the systemic circulation through superior, middle or inferior hemorrhoidal veins. Drugs absorbed into inferior and middle haemorrhoidal veins (about 50%) bypass the liver and enter into the systemic circulation without any change . So there is a less chance of destruction of the active principles of Vasti dravyas by different metabolic reactions. So the action of the drug also may be faster as some faster effect than oral administration is seen when Diazepam, Phenobarbitone, etc. drugs are used as an anal suppository. Absorption through the gastrointestinal mucosa occurs by active transport and by diffusion. Furthermore, this diffusion obeys the usual law of osmosis. So when a hyperosmotic solution is present in the lumen absorption towards it from the blood and in the presence of hypo-osmotic solution absorption from the solution occurs. It may be considered that Niruha vasti is hyperosmotic which facilitates the expulsion of morbid factors i.e. endotoxins into the solution and produces detoxification during elimination whereas the Sneha vasti and other nourishing Vastis contain hypo-osmotic solution facilitating absorption of active principles into the blood. In different studies, the administration of Niruha vasti shows a decline in the Pyruvic acid level which results from higher Vitamin B-1 level . Moreover, a reduction in the B-1 level leads to degeneration of myelin sheath, neurological disorders, and ailments of the digestive system. Thus it may be the reason for the action of Vasti in neuromuscular disturbances.

On the other hand, the colon has a large number of nonpathological bacterial flora which bestows the body by producing certain factors of ‘B’ groups of vitamins and ‘K’. This intestinal flora maintains the normal physiology of the gut and help in proper absorption of nutrients and thus have great systemic effects. Other than these, they control symptoms of diarrhea and various forms of gastroenteritis by reducing the duration of treatment and frequency of stools. Animal studies have shown the efficacy of certain intestinal flora in lowering serum cholesterol levels. Although not confirmed the effect, some strains of lactobacillus bacteria may result in a modest reduction of blood pressure. There is a piece of accumulated evidence to suggest that they may improve immune function by increasing the number of IgA producing plasma cells, by improving phagocytosis as well as increasing the proportion of T-Lymphocytes and  Natural Killer cells. Lactobacillus bacteria may modulate inflammatory and hypersensitivity responses, an observation thought to be at least in part due to the regulation of cytokine function. In laboratory investigations, some strains of these lactobacillus bacteria have demonstrated antimutagenic effects and may play an important role in preventing colon cancer. There are so many other conditions like colitis, irritable bowel syndrome, Helicobacter pylori infections, Lactose intolerance, etc. where intestinal bacteria may show beneficial effects. Different studies have shown that proper growth of these bacteria depends on the particular ecological environment of the G.I.Tract. High-fat content, metabolized sugars and buffering capacity of the matrix help to protect these bacterial florae. So Vasti dravyas, which is generally rich in sugar and fat contents, may provide a favorable environment for their growth and nourishment. Other than this, researches have shown that this flora flourishes abundantly on administration of Snehavasti.

Ayurveda considers that Vasti is an important therapeutic modality and one of the five purificatory measures to root out the alleviated doshas from the body in general and vata in particular. In clinical practice, it is observed that many incurable and chronic ailments which are not responding to contemporary modern medicine are successfully dealt with specially designed Vastis. It is there in the rationalistic minds of Ayurvedic physicians whose analytical nature is influenced by contemporary medical science that how an anal route administered medicine can exert systemic effects. There are so many postulated theories based on contemporary research inputs which have thrown light to understand and comprehend the possible mode of action of Vasti in systemic disorders. Based on existing evidence, the lower gut has the all-powerful infrastructure to regulate endocrine, neurological and immunological functions. Thus the effects of Vasti cannot be confined to only GIT, as the effect of Vashti is multisystemic and multi-dimensional. It can perform different actions like excitatory, purificatory, restorative, nutritive, extractive, rejuvenative, aphrodisiac, etc. So, Ayurvedic Classics have rightly praised the remarkable therapeutic module vasti as ‘Chikitsardham’ and ‘ i.e. half of the whole treatment and Vasti alone is the treatment. 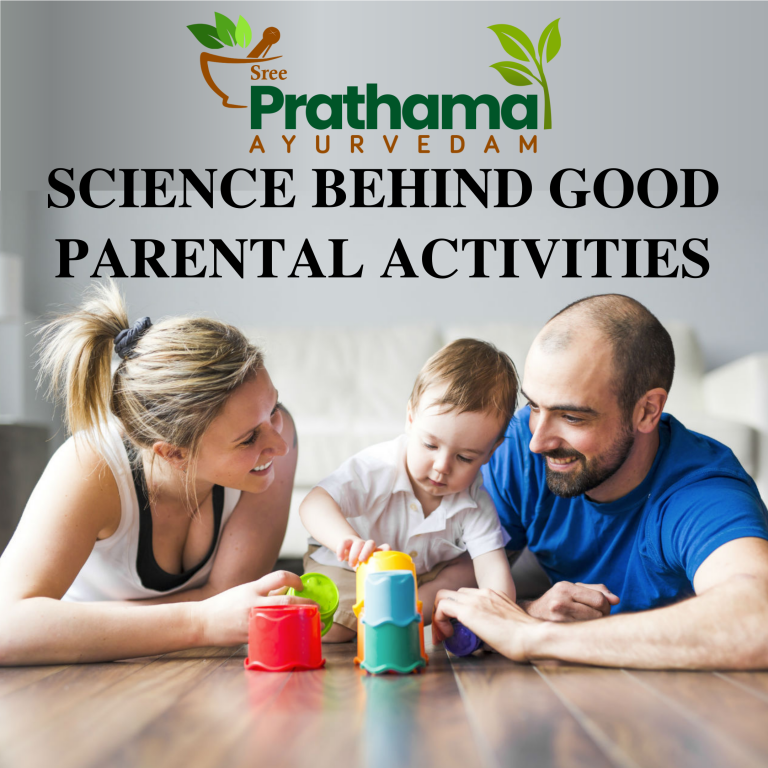 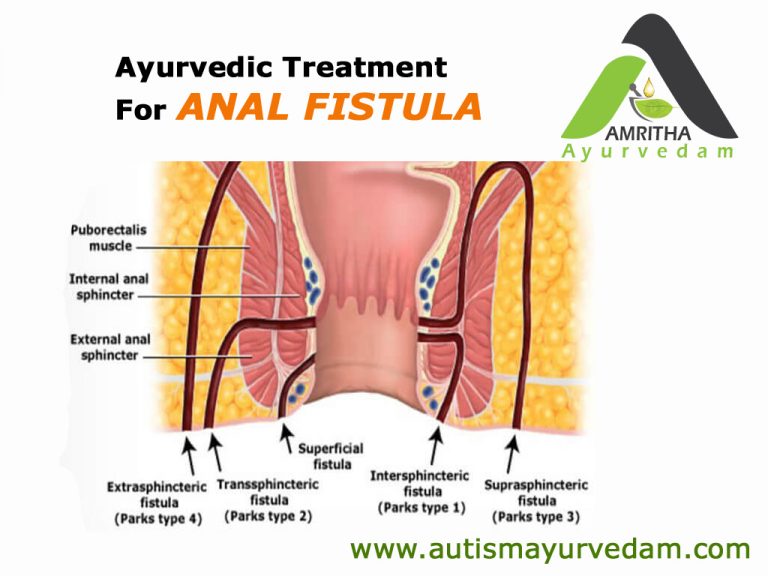 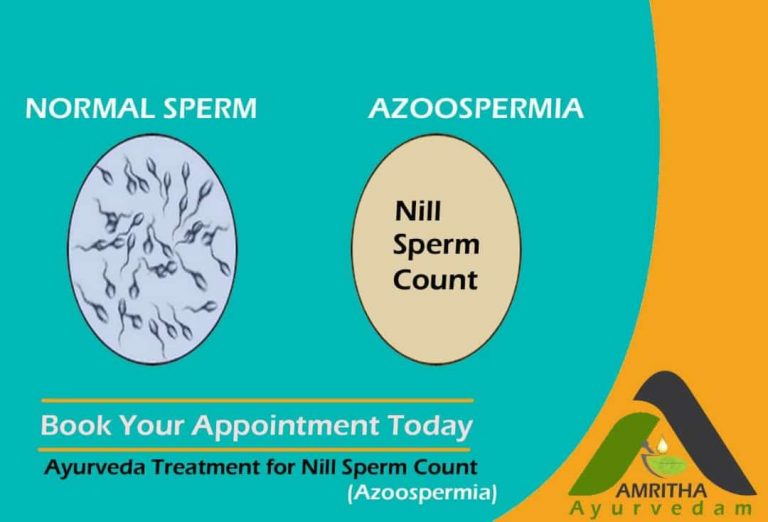 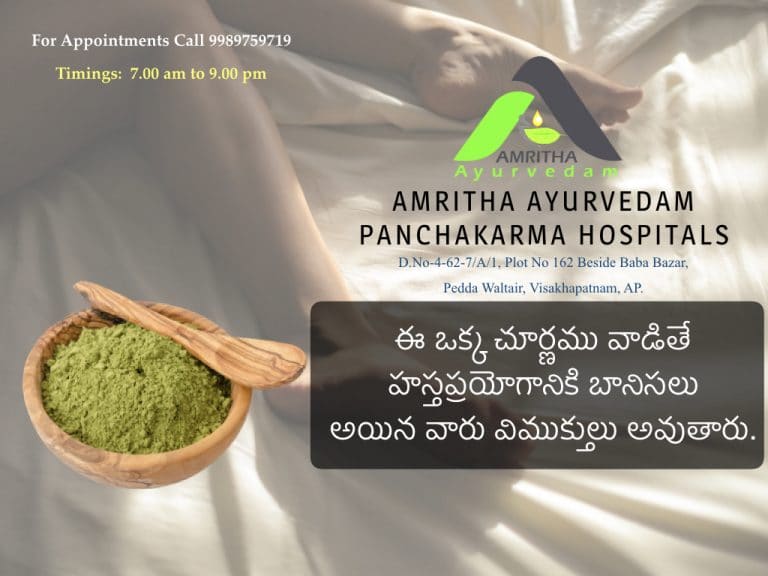 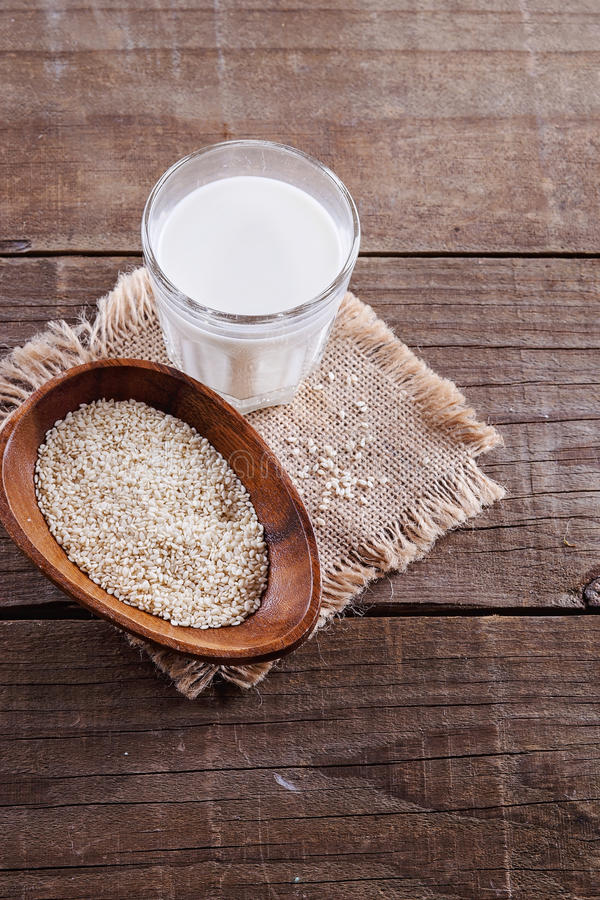